The top 5 attractions to see in Kalamata

The top 5 attractions to see in Kalamata 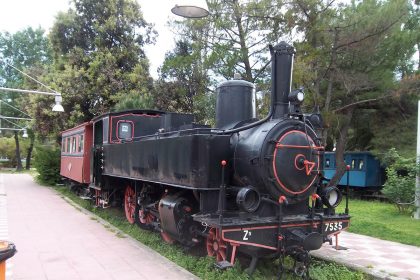 There are only a few times that we have said that Kalamata is a place to visit throughout the year. It combines mountain and sea, old and new city, classical and modern buildings, bicycle and car and the combinations are not finished …
Apart from its beach, which we have no reason not to admit it is its trademark, it boasts its history and a number of attractions that highlight it and challenge the visitor both from Greece and from all over Greece people.

The Castle of Kalamata

Northwest of Kalamata is built on a rocky hill above the river Nedaon the castle of the city. It was founded during Byzantine times but was reconstructed in the 13th century. A.D. by Godefridos I Villardardino and was his residence and headquarters in Baroness of Baroness.

It consists of two fortifications, the outside and the interior, while its battlements are destroyed. In ancient times, the Pharos hero built there the Acropolis of Pharae, while in the 6th c. A.D. there was built a Christian temple at this point. The castle has the typical form of Byzantine castles and at the highest point of the hill there is a tower with a turbid water tank.

Since the beginning of the 20th century the castle has been formed into a grove, due to the prose writer Zacharias Papantoniou, who served as prefect of Messinia. At the southern end of the castle, in 1950, a small theater was built, which during the summer months hosts performances as well as various other cultural events and events.

The “kalamata” plant of the Kalamata variety, the 14-meter-long Mana-Elia of Kalamata is the “unknown” symbol of our city that has been standing for hundreds or thousands of years, reminding everyone of the close relationship between Kalamata and the olive !
This particular olive tree is located on a plot of Peloponnese University (formerly plot of the Center for Agricultural Education – RCEGA – Kalamata), on 85, Lakoniki Str. And was declared a “Nature Conservation Monument” under the decision of the Ministry of Agriculture and Rural Development of 200995/7950/1979 the Decree 121 / TD / 1980.

The perimeter of its trunk is about nine meters long and its age is estimated to be between 800-850 years (and according to a survey by the Messinian forestologist Dr. Panagiotis Bazigos it can reach 1733 years.

The Holy Temple of the Holy Apostles

The well-known Holy Church of the Holy Apostles in our city is one of the most famous monuments associated with the Revolution of 1821. The church is located at “23rd of March” Square, which takes its name from the date that the city of Kalamata was liberated by Turkish conquerors.

The temple itself existed before these events, built during the Byzantine period, from 1050 to 1150 AD. According to a study by the Professor of Byzantine Archeology of the University of Thessaloniki, Mr. Konstantinos Kalokyri, the Church of the Holy Apostles was initially smaller and between 1685 and 1715 AD. expanded.

In one of the most central parts of the city is a unique sight. A park with historical significance and special beauty. 54 acres of lakes, lots of greenery, playgrounds, cycle paths, a 28 meter footbridge, basketball and volleyball courts, trains, transit platforms and a stationery (refreshment). It is a theme park – the open-air museum of railways, the only one of its kind in Greece, awarded by the European Commission and known to all the friends of the railways around the world.

It was founded in September of 1986, but due to the devastating earthquake that hit Kalamata at the same time, its completion was in 1990. The site chosen to create this open museum – showroom was the old station “Kalamata – Limen” and the neighboring area of OSE, which at the time of the steam was a place with carvings.

One of the most characteristic buildings of our city and a cultural heritage monument is the industrial building, which housed the mills, which have been inseparably connected with the history of Kalamata and they are hiding in them important moments of the past. From the data available, it appears that the main building, the cylindrical mill, was built in December 1925. In 1928 the expansion of the facilities began with the supply and installation of the third mill.

The building of “Evangelistria” was built in 1926 and two years later, in 1928, the new building of the “Feradourou – Apostolaki and Co.” mill was built. After 1934 the merger procedures of the two companies began, so two complexes emerged. The first one is next to the port’s reservoir and was called “Evangelistria” or “Epimenian” or “Lower Milos” or “Great Mill”. The second was north (southwest of the current Railway Park) and was known as the “Ferradouros – Apostolaki” Cylinder Mill or “Chersaios” or “Up Mylos” or “Small Mill”.

GET A FREE QUOTE

Please fill this for and we'll get back to you as soon as possible!

You can find out more about which cookies we are using or switch them off in settings.

This website uses cookies so that we can provide you with the best user experience possible. Cookie information is stored in your browser and performs functions such as recognising you when you return to our website and helping our team to understand which sections of the website you find most interesting and useful.

Strictly Necessary Cookie should be enabled at all times so that we can save your preferences for cookie settings.

If you disable this cookie, we will not be able to save your preferences. This means that every time you visit this website you will need to enable or disable cookies again.

This website uses Google Analytics to collect anonymous information such as the number of visitors to the site, and the most popular pages.

Please enable Strictly Necessary Cookies first so that we can save your preferences!